Today we are set to go early in the morning to the unique commemoration of airborne landings on Ginkelse Heide near Ede and Arnhem. Decided to go , for the expected number of spectators, to go on bike the last piece of the trip. On arrival it was already pretty busy. Walked to the Airborne Memorial.

In September 1944 it was the largest airborne operation during the 2nd World War. Eventually there where even more droppings than during the D-Day landings. Just like 70 years the fog also played a role in the today droppings. No less than 60,000 visitors had come down to this unique event.

Nice to see how many people have come for this. Normally, this is a quiet piece of nature, but once a year, people gather here to pay tribute to the men who give their lives for the freedom of our Nation and to end this war.

Unfortunately it was still pretty foggy at 09:30 and you can look at most 20 meters ahead. Fog at Ginkelse Heide, Ede just like in september 1944

So first, we visted the enactment camp at ‘t weide veld. Fantastic to see what people have made of it to get it a little history to come to live.. Feeling you walked through a living museum. 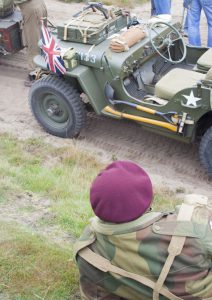 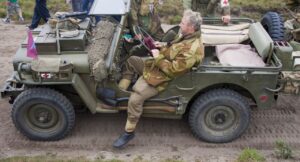 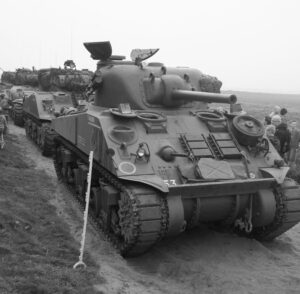 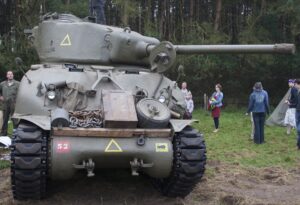 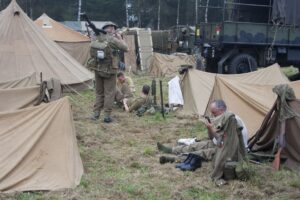