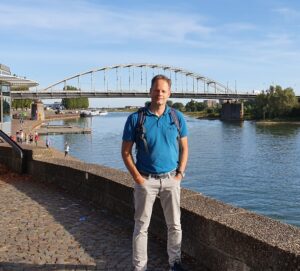 I am Erwin Jacobs and I am living in Soest (Soestdijk) near Utrecht, The Netherlands. My family roots are in Arnhem where as a young boy I became interested in the role Arnhem and surroundings had played in the World War II. My family had to evacuate Arnhem during the Market Garden operation and my mother was born in the same month this took place. My father was born just before the invasion of the Japanese in Indonesia as my Grandfather was serving in the Royal Dutch Indonesian Army (KNIL). During my fathers childhood he was imprisoned by the Japanese in a concentration camp together with my grandmother. After the war my grandfather fought against the Indonesian freedom fighters and eventually returned to the Netherlands in Arnhem. It’s hard to imagine what all these persons have gone through and how it still affacting their lives up till now. 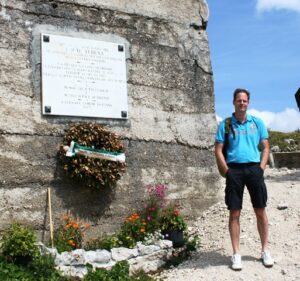 Today there are few visible remains of these conflicts and a lot of places are forgotten where sometime heroic or tragic things have taken place.
With my family background, to search and remember such places has received much interest of me. It is remarkable to see so many places where everyone is passing by but where striking stories can be told. Searching for the same exact place where a picture has been taken then and make a comparative picture now is an opportunity for me to give these places more meaning. Furthermore it is fun to visit places and ares where you would normally not go.