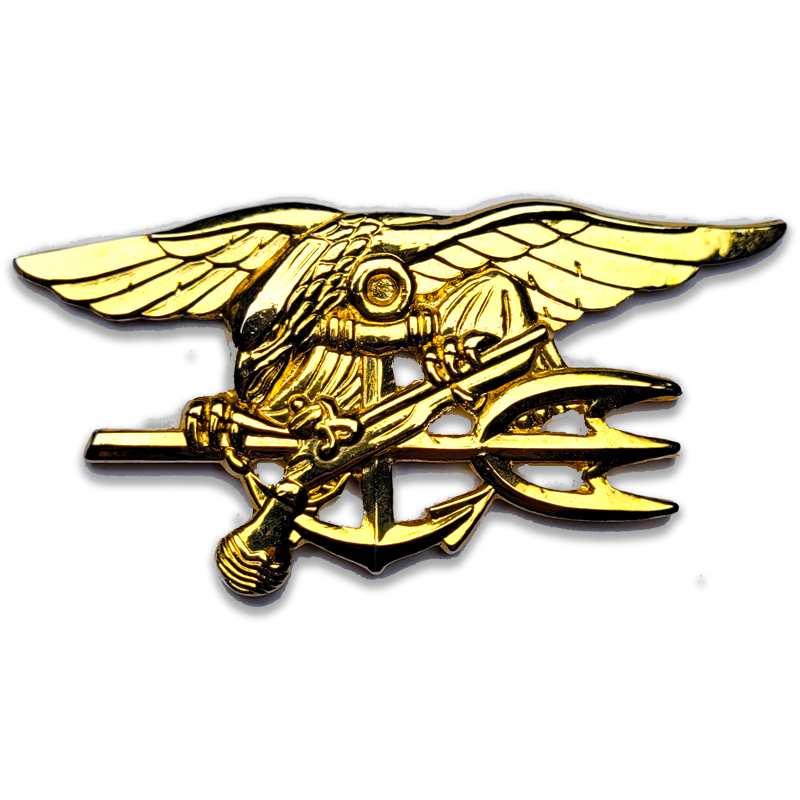 During World War II, the Scouts and Marine Raiders were the forerunners of what we now know as the SEALs. With their unconventional warfare they set the example to come to the current SEALs. During the Vietnam War it became clear that the war was about different kinds of soldiers who could operate in a different way. Under the direct wish of John F. Kennedy, the SEALs were founded and ‘Team ONE’ and ‘Team TWO’ were first deployed to Vietnam in 1966.

Be the first to review “US Navy Seals Emblem Gold”